The 7970 was the first tape drive entirely designed and manufactured by HP for use with its computers.

If the old rubber rings on the hubs are too expanded and won't allow a tape reel to slide on, just replace with a #BS336 O-ring from a bearings/seals/gasket shop. These are cheap, readily available and takes seconds to install for a perfect fit.

Click here to view CuriousMarc's video on the 7970E. 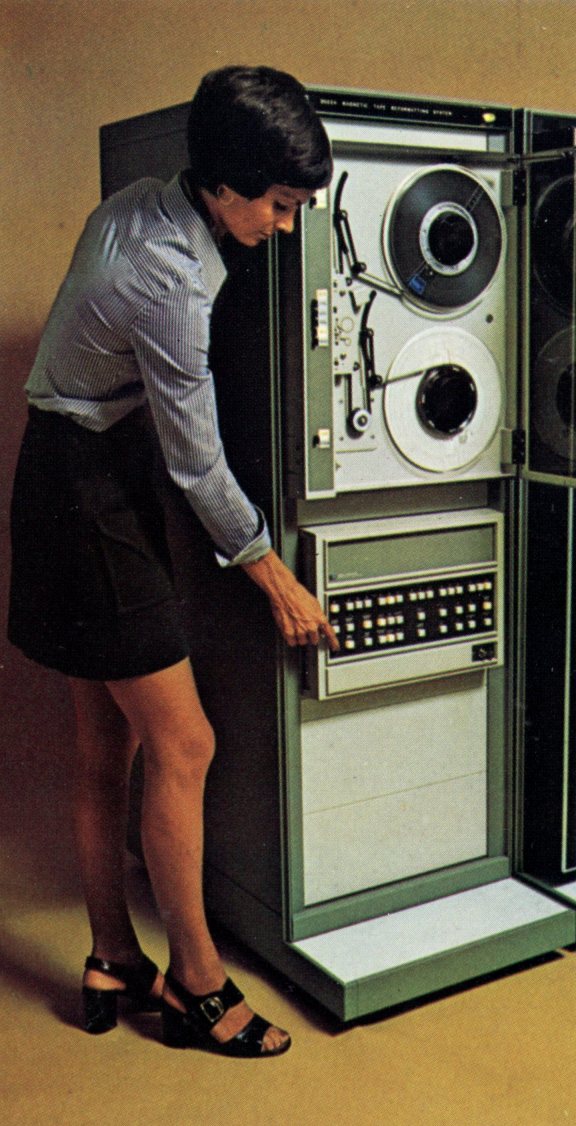