The E-Series computers had the same basic architecture as the M-Series machines. The primary difference was in processing speed. The E-Series incorporated a technology "Variable Microcycle Timing" (VMT) which allowed the computer to allocate its fastest data paths (175 nanoseconds) to the most commonly used operations. This technology gave the E-Series about twice the processing power of the M-Series. The E-Series computers also offered optional high-speed memory cycle times of 350 nanoseconds, compared with 650 nanoseconds on M-Series memory.

The part numbers in this series changed later in 1976 to 2109B and 2113B. This changed reflected a revised power supply design which also moved the on/off switch from the rear of the computer to behind the key-accessed front panel. After the introduction of the F-Series, the part numbers changed a final time to 2109E and 2113E.

After a long life, the E-Series computers were removed from HP's corporate price list in September of 1989. However, customers could still order the machines from HP's Advanced Manufacturing Systems Operation through 1995. HP provided support for these computers through 1999.

A bootable disc image of the latest software for this computer can be found here and here.

For everything you need to build a paper tape reader emulator for HP 1000 21-MX computers, click here. 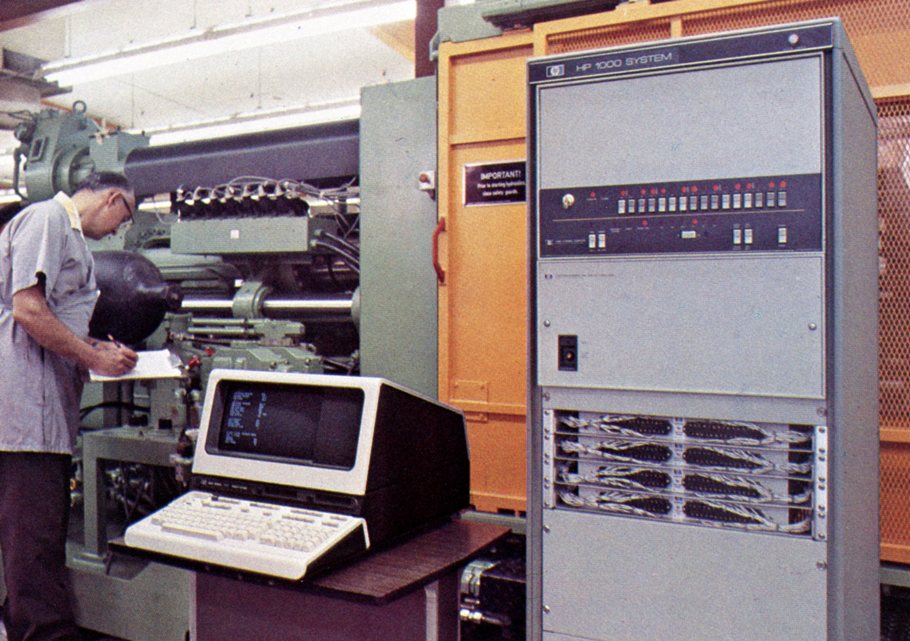