The Integral was HP's first "luggable" computer. It was designed to be transportable, but ran on AC power only. It was the first HP portable/transportable computer to use the HP-UX operating system. The Integral was also the first HP computer to use an electroluminescent screen (orange). The Integral came standard with 512KB RAM, expandable to 2.5 MB. It included a 3.5 inch floppy drive (DS/DD) and a built-in ThinkJet printer.

Use of the printer in a transportable environment was very cumbersome because the ThinkJet used fanfold paper which had to be loaded and set up every time the computer was moved. The Integral offered two expansion slots and an HP-IB interface, often used to connect to external hard discs. Software could be loaded through the floppy drive or via ROM modules. The Integral was the first and only product of its kind from HP. It was not replaced at end of life.

The Integral was discontinued in July of 1989.

For more information on the Integral, please go to Peter Johnson's outstanding site.

Click here to see Doug Hartman show off the Integral in a 1985 edition of Computer Chronicles (32 seconds - 2.0 MB).

Click here to see the HP Integral in an article about portable computing on the Silicon Valley TV program "Computer Chronicles" in 1985. (23 seconds, 927 Kb). 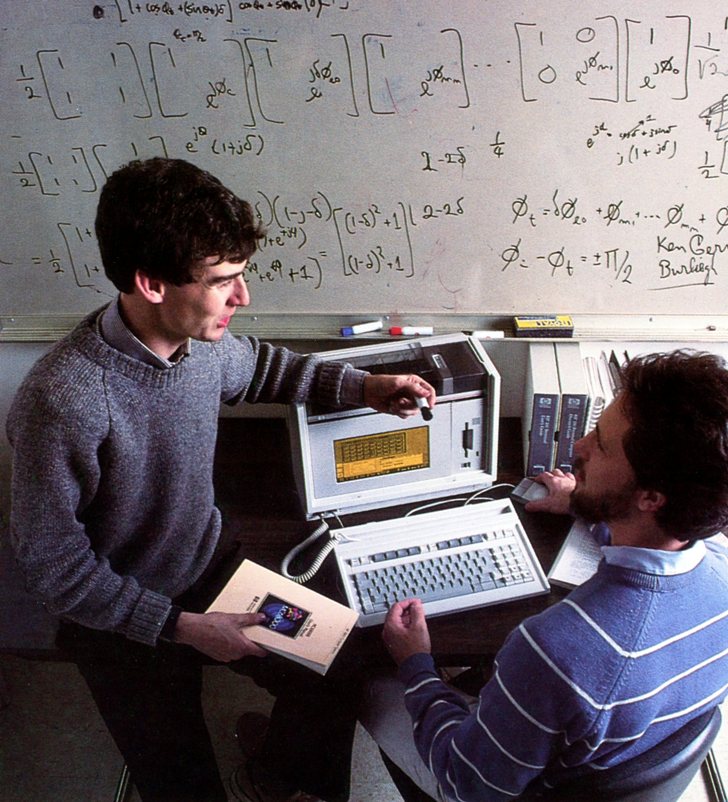 Integrals are fairly reliable. As of 2013, only about twenty percent of the units we see don't work (usually due to a problem with the power supply or screen). The built-in floppy drive is also a potential trouble spot. Over time, the mechanical components in these drives can become sticky and prevent the proper ejection of floppy discs. This problem is easily fixed by cleaning the drives with isopropyl alchohol and lubricating them with silicon oil. If you come accross an Integral that has mangled read/write heads in its floppy drive, it's because a user got frustrated with the sticking drive and started forcing discs in and out. The built in ThinkJet printers are also very reliable.